UsHuntersHQ.com All About Hunting and Outdoor Gear At One Place!

Even in this simplified version, it may be difficult to imagine what all of this means and how it actually applies when you are shooting at a target, and we haven’t even touched on windage and bullet drop scales yet.

Truthfully, the only true way to understand exactly what an FFP or SFP reticle is all about is to get out on the practice field, sight in targets at different ranges and measure the accuracy of your groups. And when you do, this is what you’ll see.

Most people that have used sights are familiar with second focal plane optics. These types of sights are the most common and most used so that when you look through the sight, you’ll see a reticle that never changes size.

If your target is at 1000 yards, or if your target is at 100 yards, the reticle will remain exactly the same, regardless of what magnification you use. Because of this, at longer distances, the reticle may cover up the target because it will seem so huge looking into the sight. But if this is the type of sight you are used to, it will all seem perfectly natural every time you look through a scope.

Unless you know scopes and sighting, or you are an avid target shooter at all distances, you may never have heard of a first focal plane sight. Although not as common as an SFP sight, they do have some advantages that, under certain conditions, can make you a better shooter.

Since you know that an SFP reticle always stays the same size at any magnification, an FFP sight stays the same size in relation to the target at any magnification. So, when looking at a target that is 1000 yards down range, the reticle will be tiny. However, when looking at a target that is magnified, the reticle can be at least as large as its SFP brother.

You may not yet understand some of the advantages to these types of sights, so let’s take a look at how they work in the real world.

In low light situations at close range, there is probably no benefit to either of the sights when shooting. But as the distance or the magnification increases, an SFP sight works better. Here’s why …

[thrive_custom_box title=”” style=”light” type=”color” color=”#1d4f12″ border=””]Since the reticle always stays the same size when sighting in a target, an SFP reticle will be easier to see in lower light at the lowest magnification, while at the lowest magnification a tiny FFP reticle will be much more difficult to see. Conversely, as magnification increases, and in an FFP scope, your optics will take in less light making both the target and the reticle more difficult to see.[/thrive_custom_box]

You may spend more time trying to see the reticle then sighting in the shot, and that may cause you to falter instead of pulling the trigger. So, for shorter range shots in less light, your best bet is to use the least amount of magnification possible with the largest reticle, an SFP.

In this instance, the target will be much easier to see, and getting a bead on it will be far easier and quicker. And in certain situations, quicker on the target will make for a better and more decisive shot.

Make no mistake, any sight is better when shooting at a distance than not having one, but an FFP sight might give you a better grouping on any target you are shooting at.

As stated earlier, an SFP sight reticle can actually completely cover a target at lower magnifications when sighting at a longer distance, while an FFP sight will literally only cover the exact spot you are aiming for.

[thrive_custom_box title=”” style=”light” type=”color” color=”#1d4f12″ border=””]What is more important is that on an FFP reticle, the size of the reticle matches the magnification of the target, and although it appears that the reticle may shrink or grow as magnification changes, the fact that it is staying the same size as the target is through the sight.[/thrive_custom_box]

The greatest benefit to this factor is that it is easier for tactical shooters to make distance and windage corrections on the fly. The milliradian, or mil, and MOA, or minute of angle, scales on FFP scopes is the same at 2X or 3x as it is at 10X or 20X, which means those scales will hold true no matter how close or far the shot is.

Whereas on an SFP sight scale, the mil and MOA settings lengthen or widen as the target is less magnified. Having a static scale of set mil’s and MOA’s on an FFP, is far easier and makes for quicker calculations than a mil or MOA that changes.

Virtually all seasoned shooters, shooting at targets in the distance, will whole hardily agree that an FFP scope is better under ideal lighting conditions. You’ll spend less time trying to figure out where your bullet will go and more time getting off shots that will impact the target.

However, at shorter ranges where atmospheric conditions and bullet travel over distance doesn’t much matter, an SFP scope will work equally well, if not better. It also has advantages in lower light shooting at higher magnifications as well.

[thrive_custom_box title=”” style=”light” type=”color” color=”#1d4f12″ border=””]When it comes down to it though, the bottom line is going to be you and your shooting tendencies. If you are shooting over a variety of magnifications in lower lighting conditions, an SFP scope is going to be a better choice. But if you are generally shooting at targets at distance, during the most optimum lighting conditions, then an FFP sight that you can make quick atmospheric calculations on, would be a better choice.[/thrive_custom_box]

That being said, if you are comfortable with any type of sight you own, it may not matter to you between one or the other. And that’s fine too. The important thing is that when you shoot you do so to hit the target, and if you have few or no misses at any given distance with the scope you have now, call it even, get out there and go shooting, because practice makes perfect regardless of the scope used – check out our homepage for the best scopes. And the more bullets you fire down range, the greater your accuracy will be every time you pull the trigger. That’s a fact! 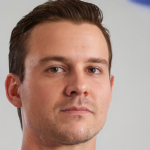 Hello guys, Name’s Aron. I was a professional trophy hunter, but now I solely hunt for food for my and other families. These last years I have been hunting for a big and small gain, mostly elk and dear, and I have tested all sots hunting and camping gear (great and horrible), and now I believe that I have some decent experience in this field to give some honest reviews on this type of stuff, so please enjoy and support my content if you liked it.

Latest from US Hunters HQ